The Right to Be A Member and Membership Procedures

Article 3-  For the membership of the Society, an individual has to fulfill the criteria for the capacity to act stated by the Turkish Civil Code. Also, the following criteria have to be fulfilled:

I.Actual Member: The individual has to have the capacity to act, and he/she has to adopt the goals and principles of the Society, and accept to work in their direction. He/she has to carry the pre-conditions dictated by the statute. The doctors who are educated, or who are being educated in the field of Hand Surgery and Microsurgical Applied Surgery can be actual members of this society. New membership requests can be done by the recommendation of two actual members, and it must be handed in to the president of the society with a written membreship request form. The request will be evaluated by the executive committee in 30 days, and a written declaration of the result will be given to the candidate. For the request to be accepted, at least two thirds of the members have to vote in the affirmative. The name of the member whose request has been accepted will be recorded on an appropriate document book.  The individuals who are not citizens of the Republic of Turkey have to have the permission to accommodate in Turkey in order to be a member.

II. Honorary Member: The Medical Doctors who protect, and show close interest towards the Society both in Turkey and abroad, and who have contributions in the field of Hand Surgery and Microsurgery with publications, research, and various works can be accepted as Honorary Members with the decision of the Executive Committee. The honorary members do not pay annual fees; they can not vote at the general meeting of shareholders of the Society, and they can not take roles at the Executive Committees. However, they can participate in the the general meetings of shareholders of the Society; they can take part in the discussion sessions; they can make suggestions, and they can take roles in workshops, and committees. If the actual members who are older than 68 years of age wish, they can apply for Honorary membership. These honorary members do not pay annual fees, and they can participate in the national congresses without paying any registration fees.

III. Voluntary Member: The individuals who are not medical specialists, but who show close interest towards the Society both in Turkey, and abroad, who give significant financial, and moral support to the Society, and who are not the citizens of the Republic of Turkey can be accepted as Voluntary members with the decision of the Executive Committee. The voluntary members do not have the rights to vote, and to be elected for the organs of the Society. 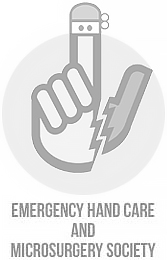