Born in 1925, Rıdvan Ege finished his elementary, junior high and high school in Denizli. On May 1948 he graduated from Istanbul Faculty of Medicine with outstanding success. After one year of internship at Gülhane he served as flight physician for two and a half year in Erzincan and for six months in Diyarbakır.

After being a general surgeon in Turkey he went on to Colombia University in 1955 for specialization on Orthopedics and Traumatology. He came back to Turkey in 1959 as a specialist in orthopedics and traumatology.

After his return he was appointed as Clinical Director of Orthopedics and Traumatology at Gülhane in 1961. He was then appointed to Ankara University Faculty of Medicine as an instructor for 5 years by the council of ministers on the illness of the only instructor in the university.

He worked at Harvard University and Colombia University for a year in 1962.

He was sent to Southern California University and Colombia University for Hand Surgery with the Fullbright Program in 1968.

He has published 111 books (16 of them in English), 316 articles that holds 47470 pages in total. He is the holder of 2 foreign language medical magazines and their editor as well.

At present he is a member of College of International Surgery, IFSSH (International Federation of Societies for Surgery of the Hand), FESSH (European Federation of Societies for Surgery of the Hand), EFFORT (European Orthopedics and Traumatology Associations Federation) Board of Directors. He is also a member of SICOT International committee and honorary member of the Japanese Hand Surgery Association. He was a also a director for SICOT. Rıdvan Ege is the founder of MMOT (Association of Mediterranean and Middle-East Orthopedics and Traumatology) and he was the president of the association for 12 years. He was also the president of IAATM (International Association of Accidents and Traffic Medicine) for 8 years.

Prof. Dr. Rıdvan Ege has received many medals, plaques and honorary memberships from different scientific boards. He received Turkey’s most successful President of the Foundation Award two times in 1996 and 2002. In 1996 he received Tübitak Service Award and World Medicine Service Gerin Medal. In 1998 he received Olympics Committee Career Branch and ‘’Fair Play’’ Science Branch Great Award. In 2001 he was given the title of Honorary Doctor of Science by Selçuk University. In 2006 he was given the title Honorary Member by the Japanese Society for Surgery of the Hand (JSSH). Prof. Dr. Rıdvan Ege is the chairman of the board of trustees in Ufuk University which he founded in Ankara.

Prof. Dr. Rıdvan Ege built up kindergartens, elementary schools and Anatolian high schools in the name of his wife and daughter and donated all of them to Ministry of Education. With the assistance of Traffic Accidents Aid Foundation of Turkey he founded Dr. Rıdvan Ege Health Research and Practice Hospital and Ufuk University in 1999. These were made with the contributions of Ufuk Ege and Rıdvan Ege themselves.

Prof. Dr. Rıdvan Ege is the founder and president of many foundations such as Traffic Accidents Aid Foundation of Turkey, Rehabilitation of the Disabled Foundation of Turkey, Turkish Orthopedics and Traumatology Foundation, Turkish Hand Surgery Foundation, Turkish Modern Surgical Research and Practice Foundation. He participated in different events throughout Turkey as a part of Traffic Security Year as the president of the Scientific Committee President. National Turkish Orthopedics and Traumatology Congress awards successful orthopedists with Dr. Rıdvan Ege Incentive Award.

Prof. Dr. Rıdvan Ege is married. His wife is a professor of pediatrics and his daughter is a assistant professor of English Language and Literature. 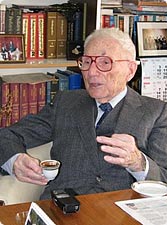